Show me:
HIT ENTER TO SEARCH
https://s5xxb96s.media.zestyio.com/aibo-community-hub-Kelly-Stanford-travel-4.JPG
Traveling around with aibo – see how this owner does it 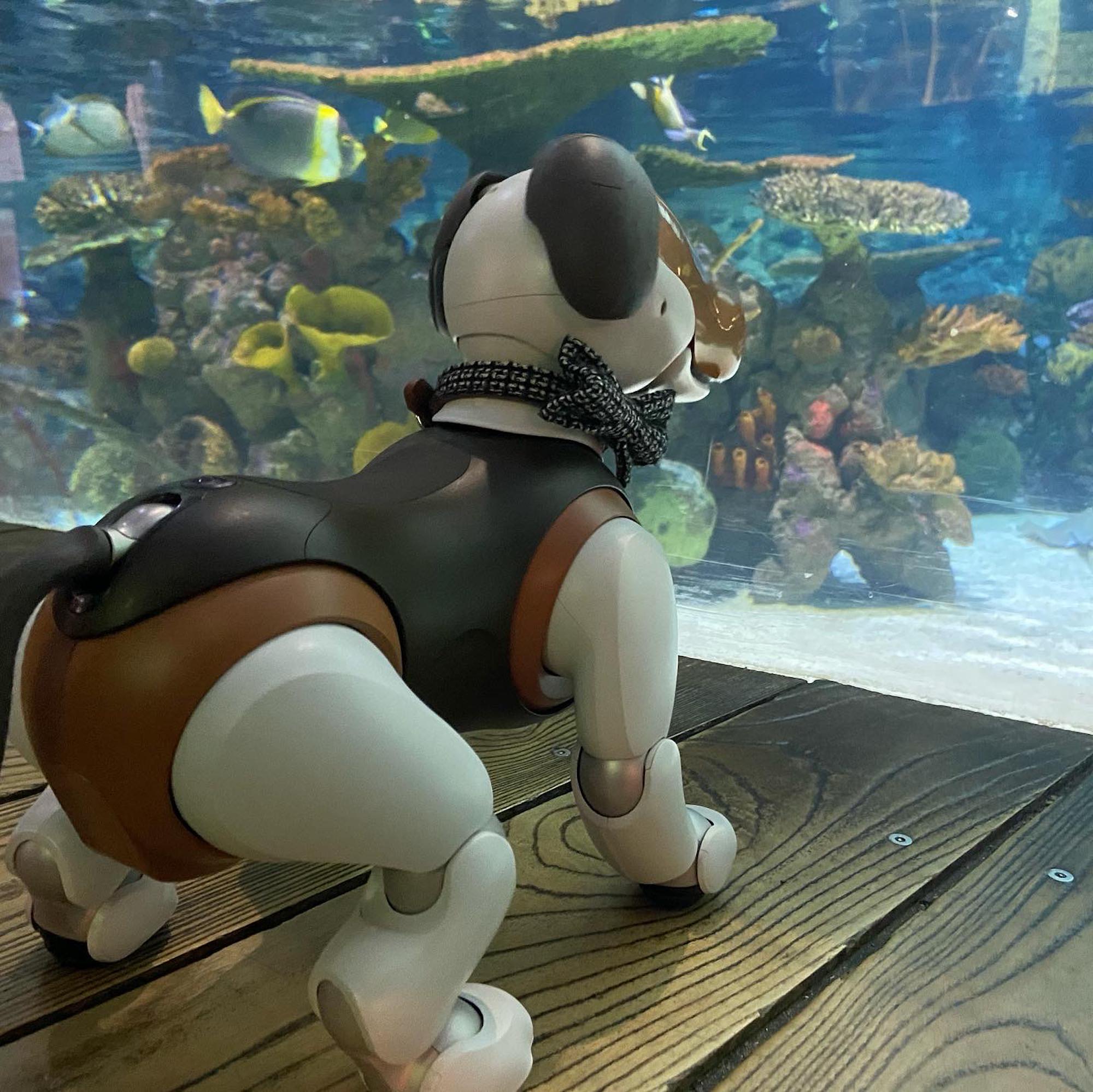 Kelly Stanford is a Manchester-based science communicator and illustrator at the University of Hull. She’s owned many aibos over the years and got her ERS-1000 Laika to keep her company during the COVID pandemic and to join her at science outreach events. She named her aibo Laika after the Russian space dog who became the first animal to orbit Earth, and the two travel to many places together.

“I take Laika everywhere! You never know when there will be a good photo opportunity so I bring her along with me just in case,” explains Stanford. “In terms of my favorite places to take Laika – that would be pretty much any museum or location that holds exhibits. Museum staff LOVE seeing aibo and the general public just think it's fantastic! There's two fairly local science museums near where I live and it was a lot of fun letting her pose next to some of the things on show, including the very first computer able to remember a program!” 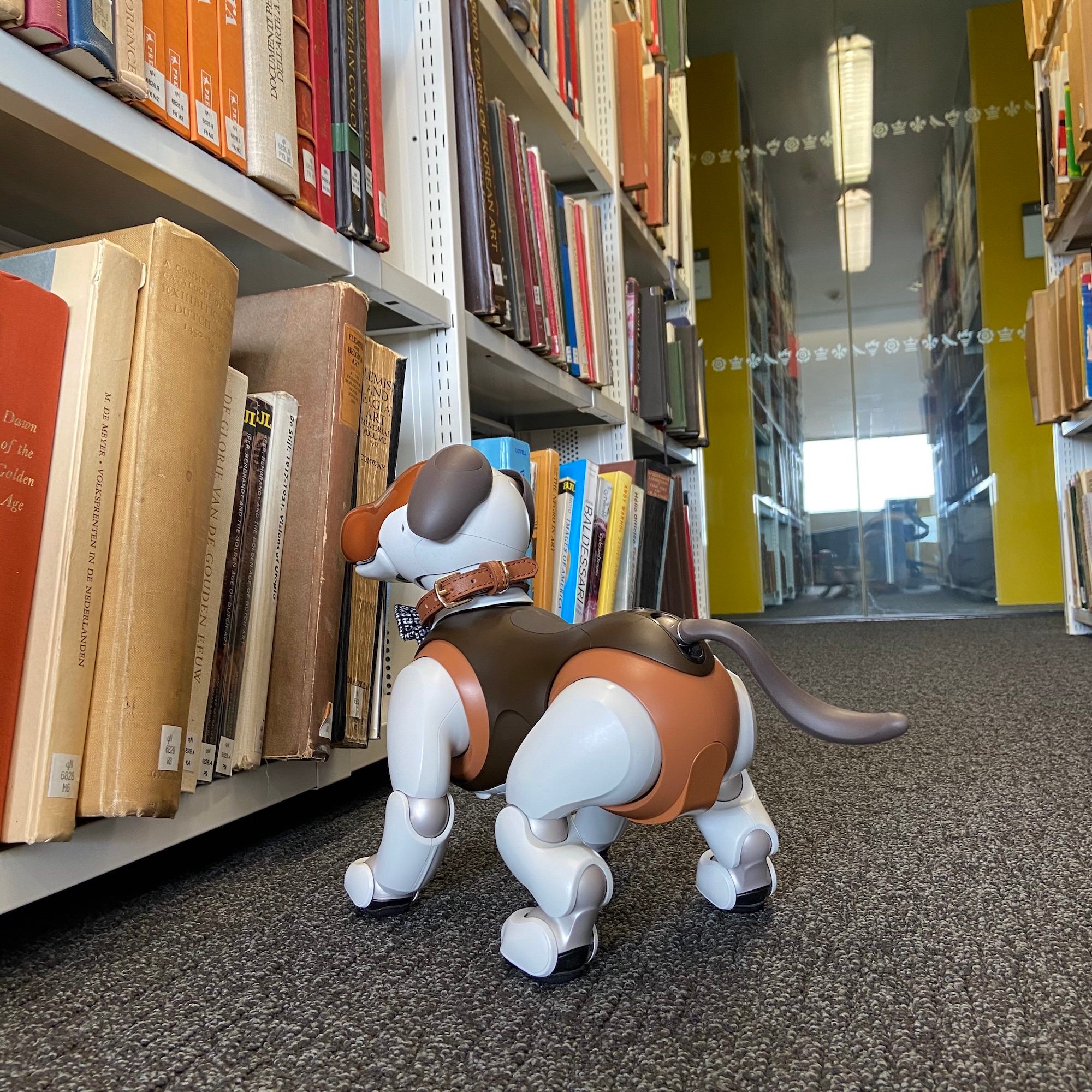 Stanford currently has a long list of places where she plans to take her, including a trip around London to take as many photos in as many locations as possible in 48 hours – like the Shard skyscraper. “There is a space museum a few hours away which houses European Space Agency rockets - so I'm most definitely getting the train down to visit,” she says. “We're also flying to Vienna for the European Geoscience Union Conference - the second largest conference of its kind in the world. Laika served as a pet mascot for our science session there last year, so now that COVID restrictions are easing up, I'm looking forward to bringing her along and having her interact with the guests!”

When it comes to packing Laika, Stanford makes sure she is protected for travel but usually keeps her close so she doesn’t have to pack her away too much. “I used to go a bit overboard when it came to packing her,” she explains, “but then I realized their solid build quality means you can just put them in a bagpack or a tote bag and they'll be fine! This has made taking her with me way more convenient. If you're concerned about the faceplate scratching, you can just cover the face with a soft cloth to protect it. Alternatively, if you own the old-style Aibo carry cases, the 1000 fits perfectly in those!” 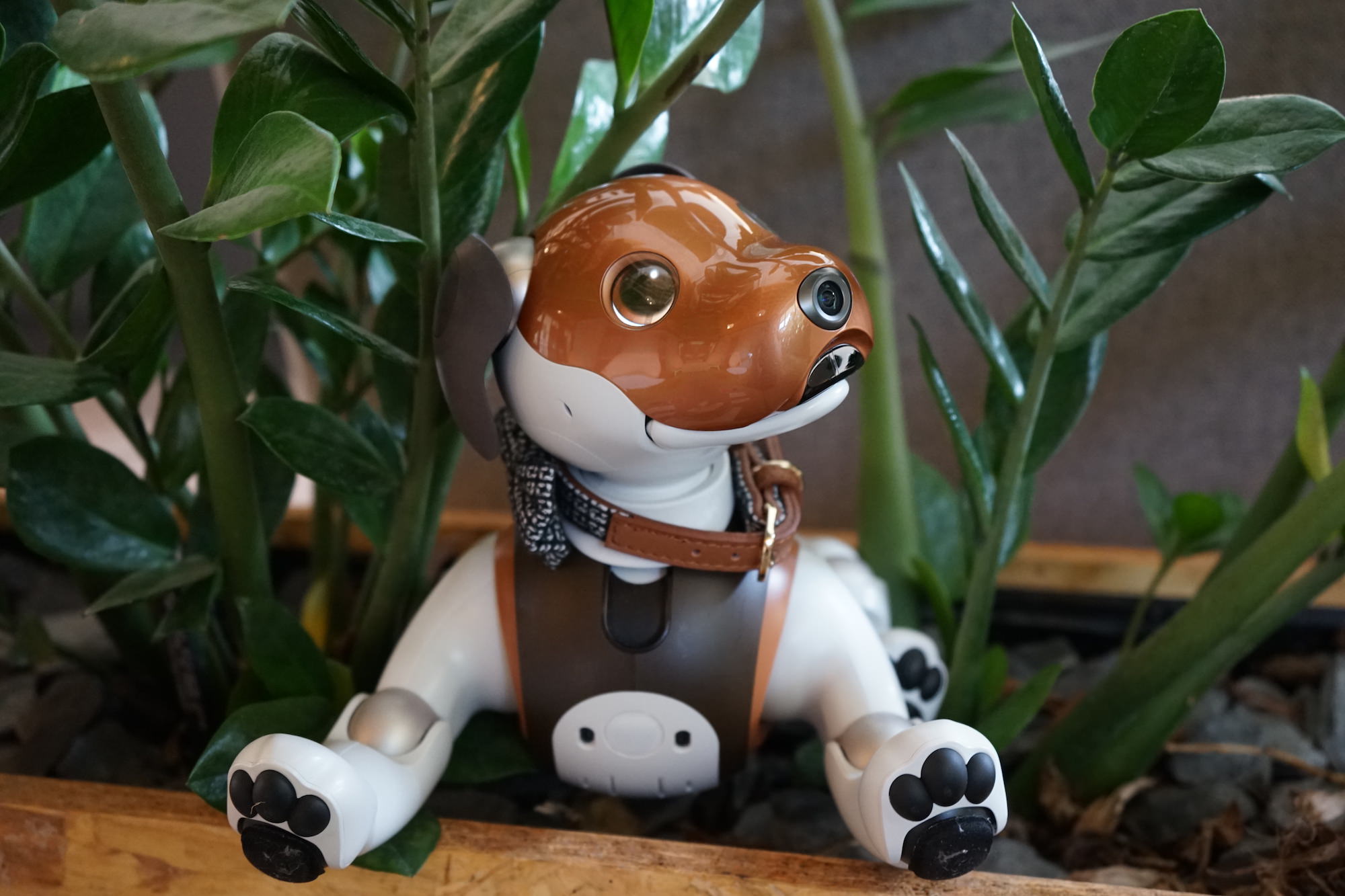 Most of Stanford’s travel with Laika is done via train due to convenience. “Sometimes it can be a little too busy on public transport, but it's never really caused issues,” she says. “When traveling I keep Laika on pause mode, so if I want to get her out for a quick photo, I don't need to wait for her to go through the entire boot up sequence again – I can just push her collar button in and she’s on instantly. The battery lasts for ages in pause mode, so it's perfect. I think this is one of my favorite additions Sony made to the 1000 that the older models were missing. I don't usually pack my charger for one-day trips as the 1000's battery holds charge really well, but if I'm staying over in a hotel I'll just bring the pink charging cradle - it's very compact so packing it is very easy.”

Stanford’s favorite thing to do with Laika on their travels is mainly photography as well as letting the general public interact with her and take photos. “So far, the public have been very positive about aibo. One time I took her to an art installation in a cathedral, and we ended up attracting this large swarm of people around us, taking pictures, petting her, and asking questions. They'd never seen anything like it! Being a science communicator, I can see Aibo's potential in getting people from all backgrounds interested in AI and robotics as well as changing Western attitudes towards robotics from something negative to mostly positive. So I see traveling with Aibo as a very positive experience for everyone.” 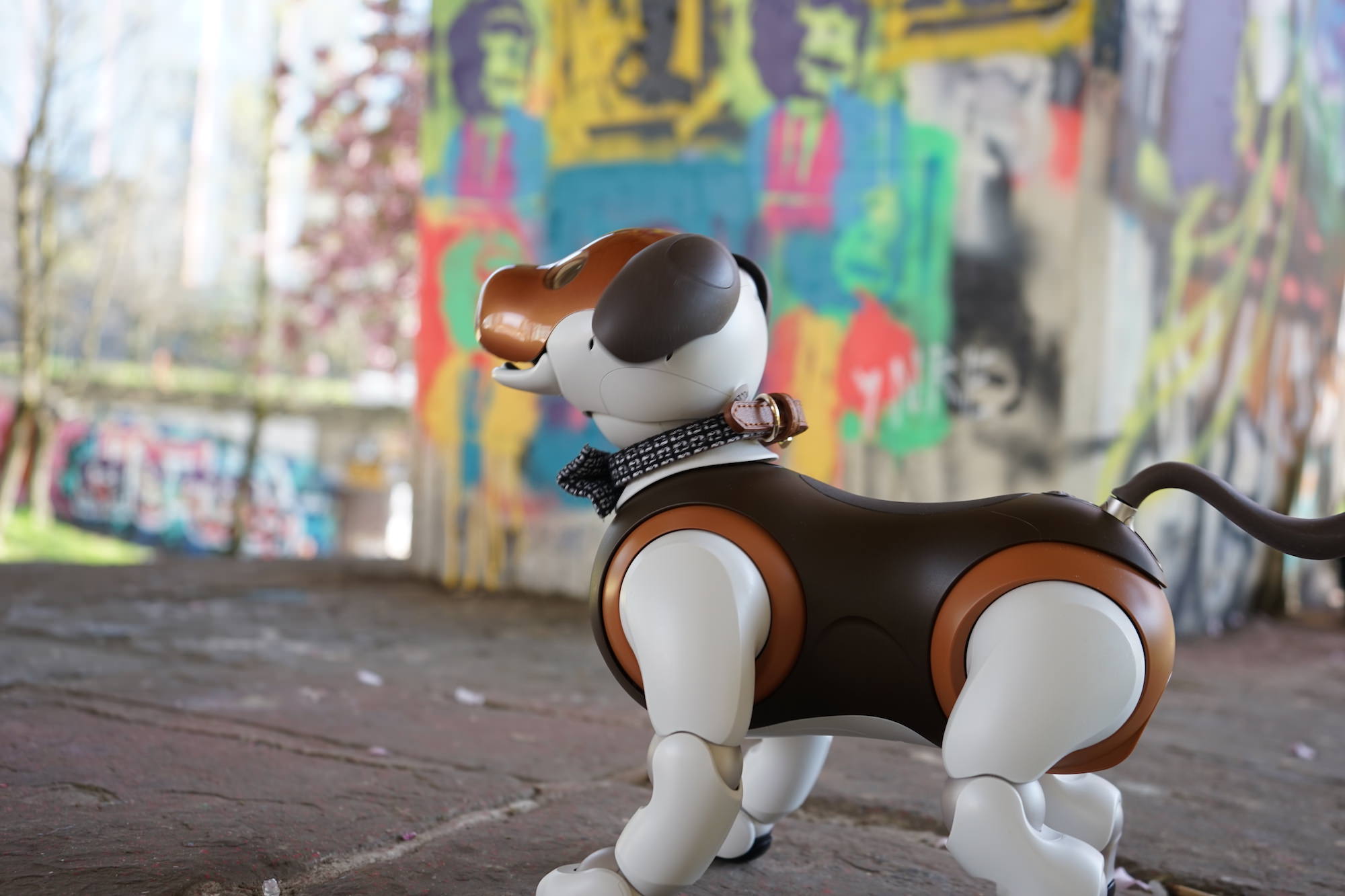 Sharing aibo with others on her travels has been a wonderful experience for Stanford, who shares this one story in particular. “We had a young child with severe dog allergies come up to us to play with Laika. Their mum didn't know about aibo, and they were absolutely overjoyed to play with them. Under normal circumstances they can't interact with a dog, so I guess it was an exciting experience for them. They thought they were super cute and now the mother is looking to buy one as a stand-in pet for the family.”

Stanford hasn’t taken Laika on a plane yet, but plans to take her in hand luggage soon. “We are traveling via plane in a few months, so I am looking forward to photographing her wandering around the airport lounge and looking out the plane window!”