Show me:
HIT ENTER TO SEARCH
https://s5xxb96s.media.zestyio.com/Sony-aibo-evolution-timeline-2.jpg
The evolution of aibo 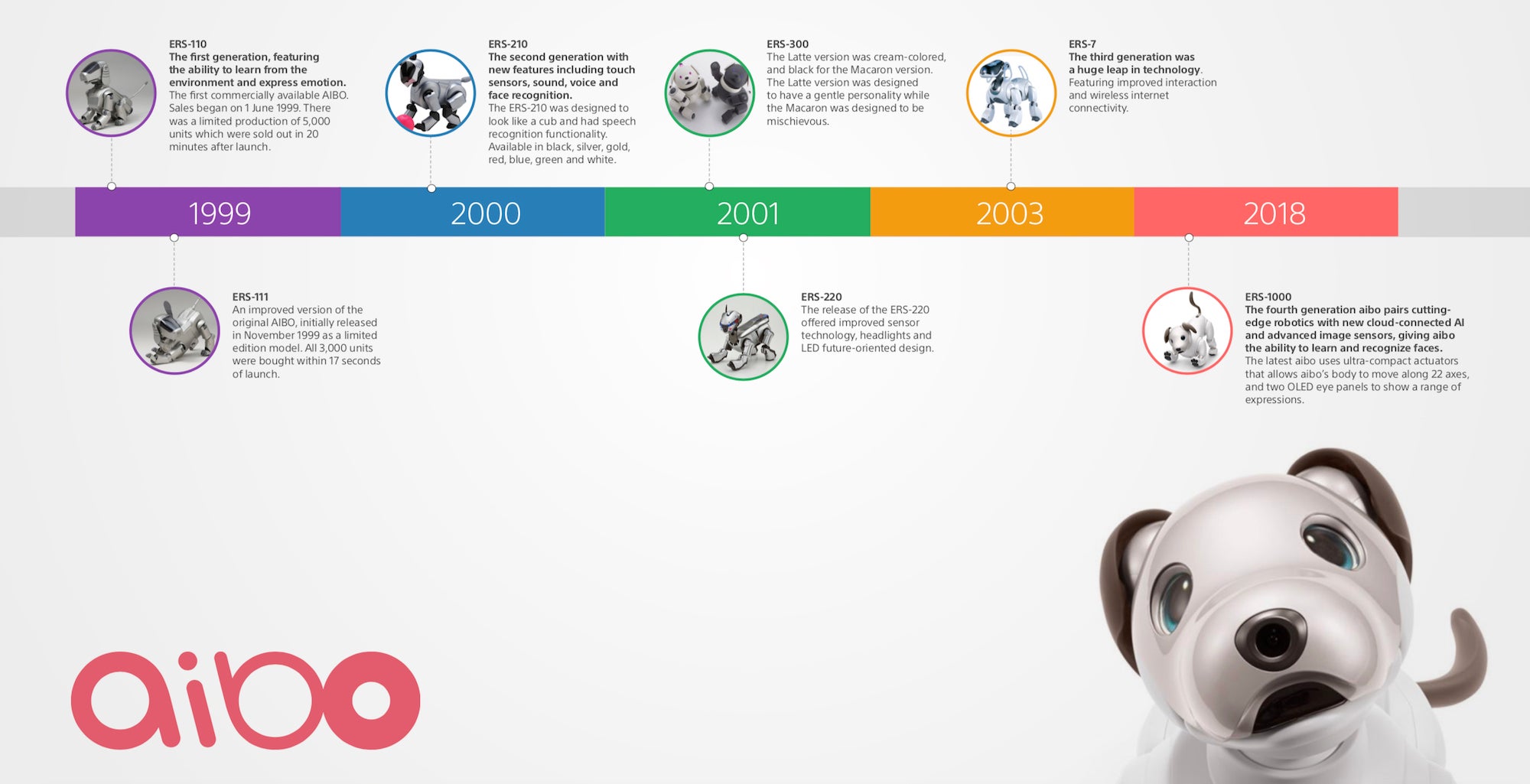 From the ERS-110 AIBO to the ERS-1000 aibo, the various models of Sony’s robotic companion has evolved over the years. Below, we take a look at the timeline showing the release of each aibo, from the first generation to the fourth. See how aibo has transformed into its latest version with cutting-edge robotics, cloud-connected AI and more. 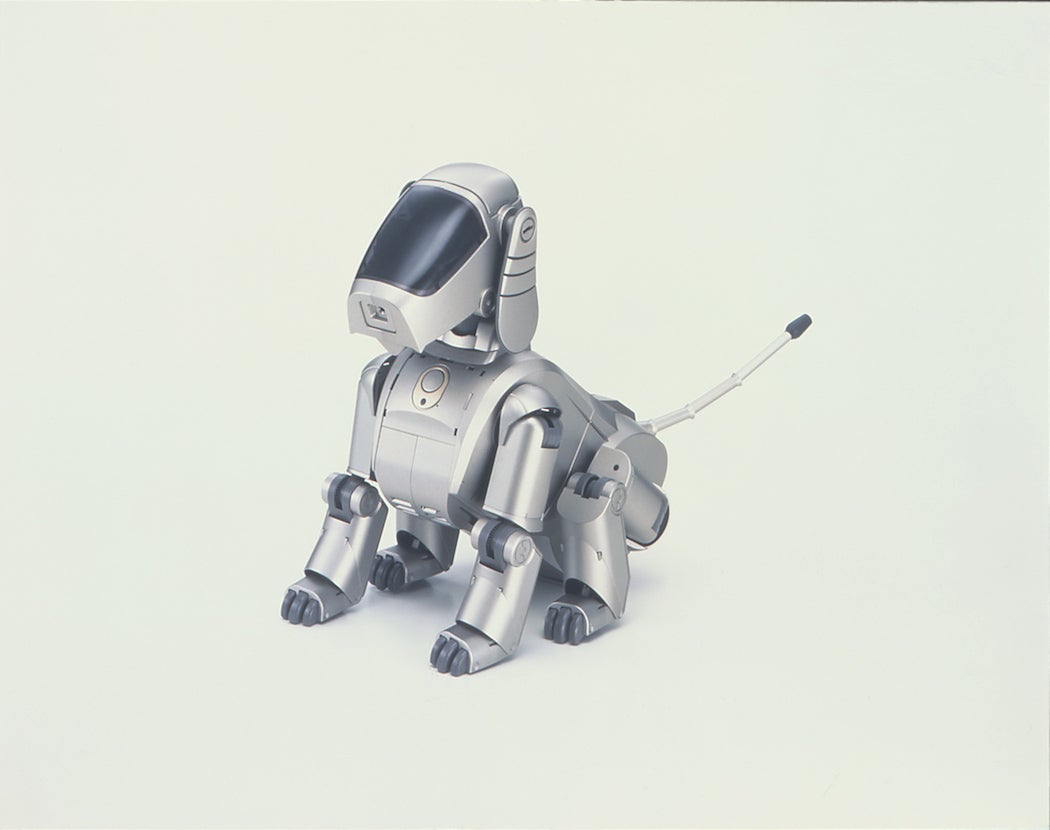 The ERS-110 was the first commercially available AIBO, with sales for it beginning on June 1, 1999. This first generation featured the ability to learn from the environment and express emotion. There was a limited production of 5,000 units which were sold out in 20 minutes after launch.

The ERS-111 was an improved version of the original AIBO, initially released in November 1999 as a limited-edition model. All 3,000 units were bought within 17 seconds of launch. 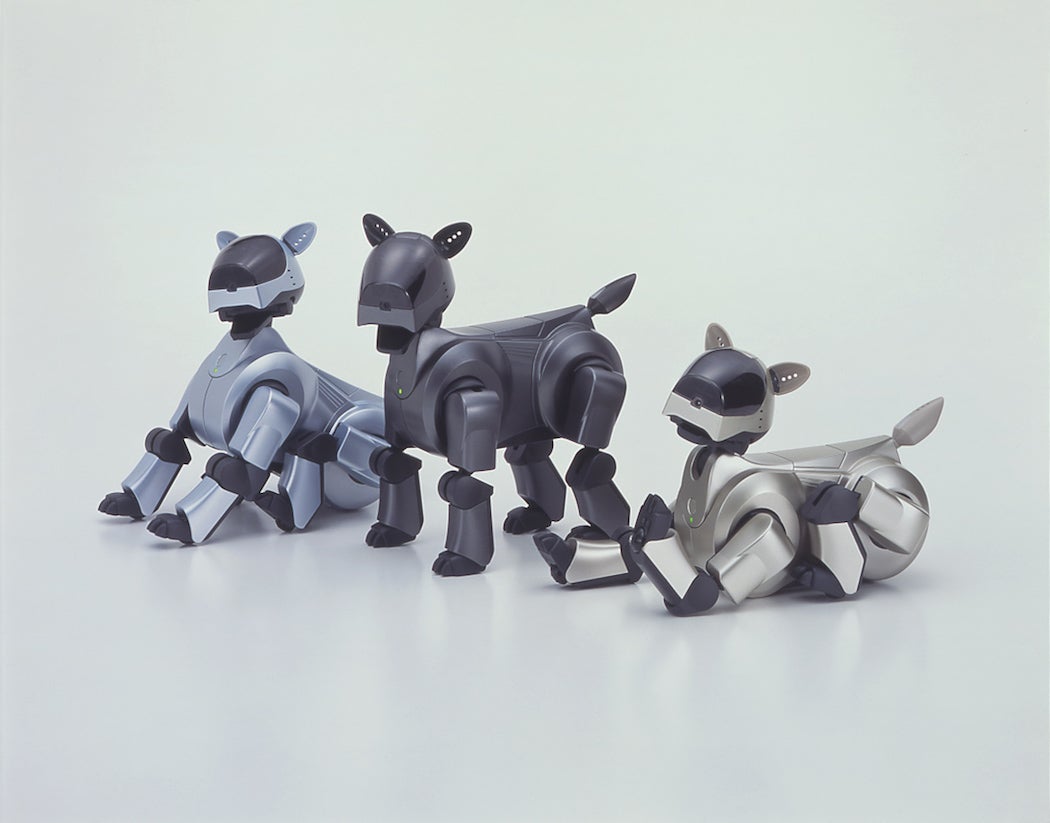 The ERS-210 was the second generation of AIBO with new features including touch sensors, sound, voice and face recognition. This model was designed to look like a cub and had speech recognition functionality. It was available in black, silver, gold, red, blue, green and white. 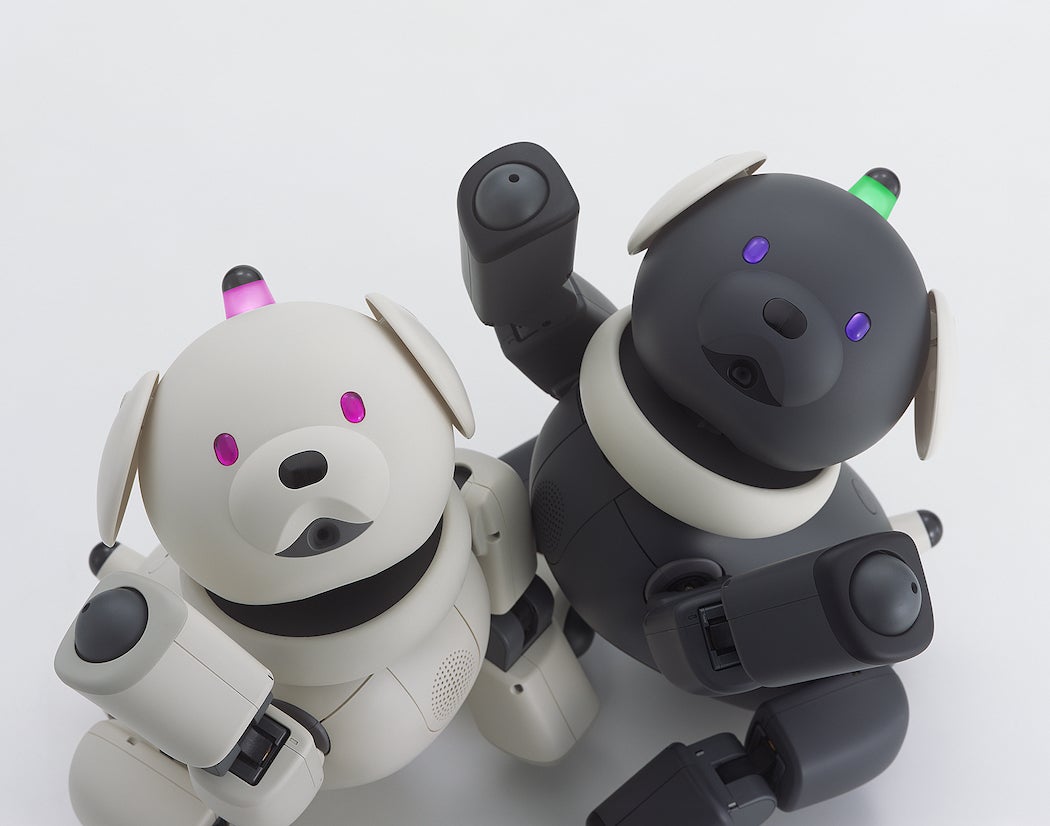 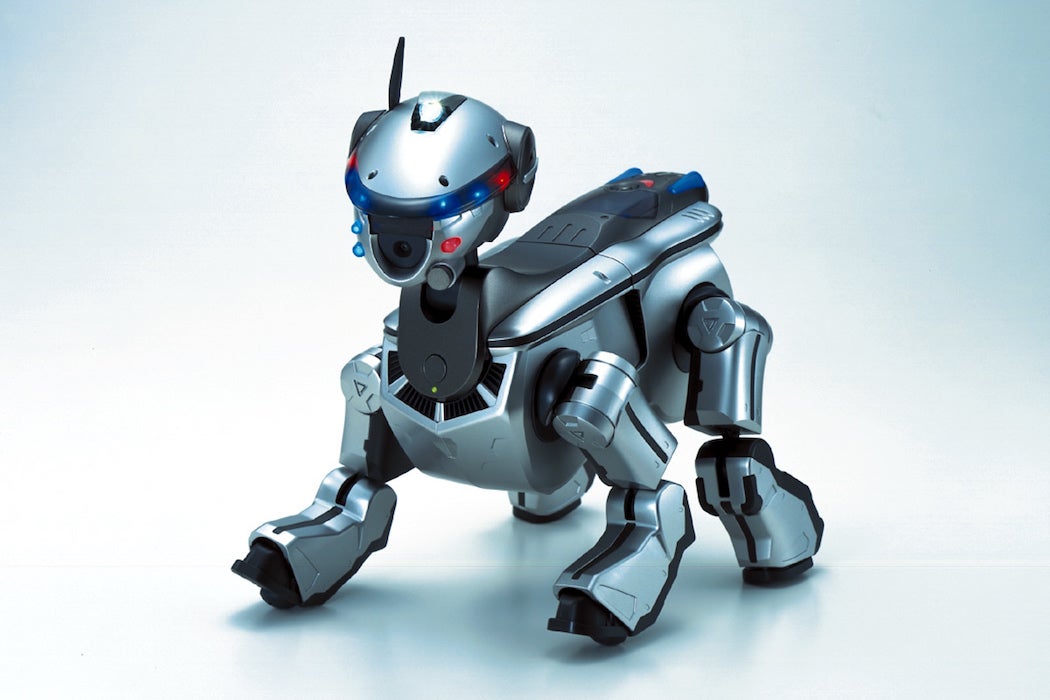 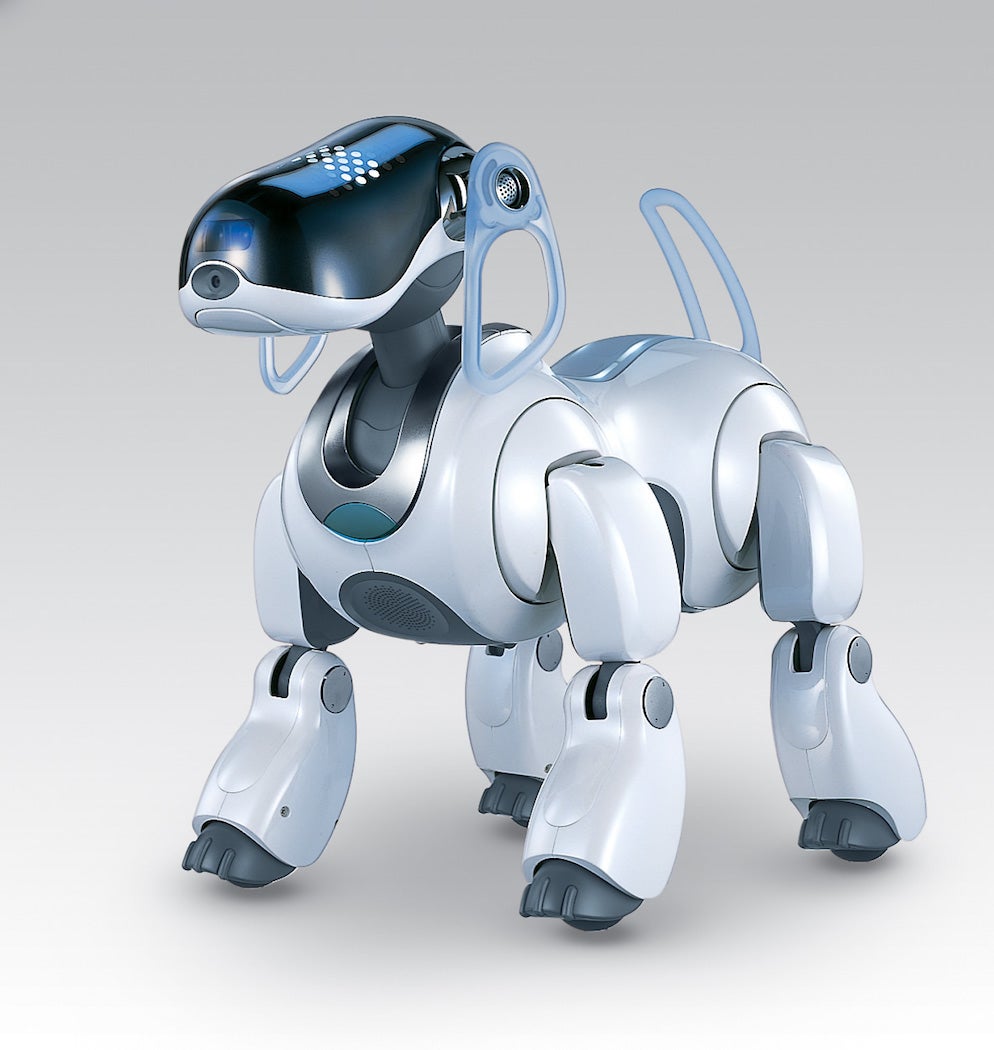 The ERS-7 was the third generation of AIBO and a huge leap in technology. This model featured improved interaction and wireless internet connectivity. 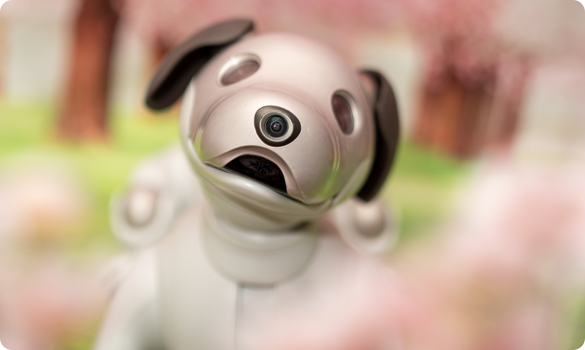 The ERS-1000 is the fourth generation of aibo, now named in all lowercase. This model pairs cutting-edge robotics with new cloud-connected AI and advanced image sensors, giving aibo the ability to learn and recognize faces. The latest aibo uses ultra-compact actuators that allows aibo’s body to move along 22 axes, and two OLED eye panels to show a range of expressions.